It had been 112 plus all day. The intersections, filled with heating asphalt, fueled by car exhaust and many hot motors add another ten, and more, degrees. It was something that we call “Way too Hot.” I had many errands to run, requiring clothing. The little rice rocket’s air conditioner, wasn’t kicking out as it should. “A bad time to have an air-conditioner go on the fritz,” I thought. It was discovered that the air conditioner wasn’t broken. It wasn’t going bad, The Freon wasn’t low, no leaks. It just didn’t have the capacity to handle that kind of heat!

The hot water comes out of cold water taps. Cars designed to operate at the extremes of weather around the world are not able to keep up. It’s way too hot. Naked bodies are the answer to clothed bodies that don’t function and that’s the message a naked body gives. Run for cover, it’s way too hot. Clothed hikers, with limited senses, or some might say no sense, coming out of their air-conditioned buildings, expecting a user friendly environment. A turkey in an oven is basking in a “dry heat.”

Can you imagine the police sent to arrest someone for being nude on a day like this? The officers are in their black uniforms, full body armor, leather boots and utility belt. The patients are running the asylum.

This Phoenix heat, this Yuma heat is near record highs. It is not typical Tucson weather. It has been dashing well laid out plans.

So, this is summer solstice and official Nude Hiking Day, a time for celebration. I have been looking for ways to do both, but this extreme heat just keeps dashing plans.

The full moon was at its transit, the air had cooled down several degrees from its record high. Every piece of life, every stone was lit up by the full moon. I took a flashlight for any shadowy spots, where I might not see a snake, but didn’t actually have the occasion to utilize it. It is just too hot to hike tomorrow during the day, so tonight we hike in the moonlight.

We left and immediately noticed the temperature was still hot! It had been somewhere around 117F during the day. We had taken refuge in the swimming pool at the sweat. Sitting for 15 to 30 minutes in 160F humid, actually makes one think that 117F is okay for a couple of minutes. Staying in a swimming pool into wrinkled skin look is the solution to tolerate this misalignment.

We took off around 11:00pm. It had been still 100F at 9:00pm according to the weather service. It was hot, obviously in the high 90F’s . It is usually closer to 100F for a high and by 8:00pm the temp sinks to a comfortable balmy 80F. The same number of degrees had dropped off, but it was still hot. I was dripping perspiration on the trail!

We took off through the neighborhood happily nude. This is a bit rural with generally 4 acre lots. We had seven homes to pass before leaving the neighborhood and then the slope uphill into the Tortolita Mountains. It is a Sunday night and late. It is likely that no one will be encountered along the way. All but one house was sitting dark and quiet. It was liberating to casually walk through the neighborhood nude. When the norm is to whisk through in a vehicle, walking slowly brought a sense of intimacy with the home turf. It was nearly daylight, like the picture on an old black and white TV.

We had decided to visit a familiar triple crested saguaro and watch the city lights glitter from a vantage point. It was where we had spent Valentine’s Day a couple of years before. Here is the report at: https://thefreerangenaturist.org/2016/02/12/happy-valentines-day/

We attempted photos of the crested in the dark and then, moseyed on up to the top of the hill. We stood there admiring the view of the multitudes of city lights across the valley below. A hoot owl and coyotes were heard from our perch. When midnight hit, it was time to go home. We encountered a small deer and a cottontail bunny on the way.

So, there we are afternoon Monday, the solstice 100F plus, at 7:00 and we are supposed to be going to an outside solar celebration. We know that this will decrease the attendance, but we have made commitment to our musician friends. As we load the drums in the driveway, we hear thunder off in the distance. It isn’t supposed to rain. As we cruise down River Rd., the windshield is pelted by six or eight dollop drops of rain.

We arrive, finding didgeridoo, drums, and just a few other cars. The henge consist of eight block walls around a circle. They stand like monoliths. Some have holes. There is etching on a couple where the light from the sun travels up and beams through these holes proclaiming solstice. There near the dry river bed the view is wide. It is a big sky. The henge is surrounded by a dramatic sunset, with clouds and colors looking huge. I’ve decided to wear just my camouflage kilt. It is hot. The others are mostly women in light dresses. Just as we settle in, begin to join the drumming, it begins to seriously rain. Just perfectly, the warm drops fall coating us. The air turns cooler as the breeze passes through this and hits our bodies. We are all smiling at each other, drumming in the rain and getting cooled off. It last just long enough, like a gift from the Gods.

The show goes on. The sun drops huge orange, like it does at the ocean. We have an impromptu circle. There are experts of various astrological disciplines telling us what is going on in the universe. We are told that we are at a point in our galaxy, a cross roads, that happens every 26,000 years. This is the pivotal moment, never to return.

The custom is to bring the moon up to rise with drums and prayer. None of this is done this time. It comes up on its own without  our help, over the Rincon Mountains in the east, just minutes after the sun disappears. This situation makes for a dramatic bright orange moon. It is colored something like an orange soda with a flashlight shining through it. We watch silently.

I begin a mother drum and the others join in. The didgeridoo begins with us, then a voice like the siren who sang the Star Trek series flavors the ensemble even more. People begin to dance spontaneously. At tge conclusion, a dancing story teller gives us an act.

The sun gone, the moon trapped behind these masses of unexpected clouds, we filter out of there. I have my kilt off before my butt reaches the driver’s seat. We head toward Tortolita.

We stop at the mailboxes and I get out to get my mail. My pants and key is in the trunk. I take a moments I travel back there, to look around and listen, not wanting to flash a passing neighbor. The clouds have created an awesome sight with the moon. I urge DF to check it out.

The awe is spectacular. We decide to have a bowl of gelato and go sit and watch the unfolding of the celestial act. I set up a couple of cushions and we lean back together arm in arm to watch. A cover like this after a rain bares the sky above in patches. Where there is an opening, the sky exhibits a special clarity and diamond bright stars can be seen peeking through. There is a lot of activity up there. The formations are constantly moving. The air where we are is also influenced by this. Calm, is usurped by a light breeze, which feels wonderful on our nude bodies. Then, the breeze passes.

The moon produces silver linings in all shades and hazes as though the clouds are smoking. The shapes and patterns constantly change. Moonbeams shoot out. On occasion, the moon itself pops out, playing peekaboo with the planet, suddenly illuminating everything around us in sharp bright light. Looking down, our bodies are aglow. And then, it hides behind the curtain again.

After an hour or so, its time for bed. 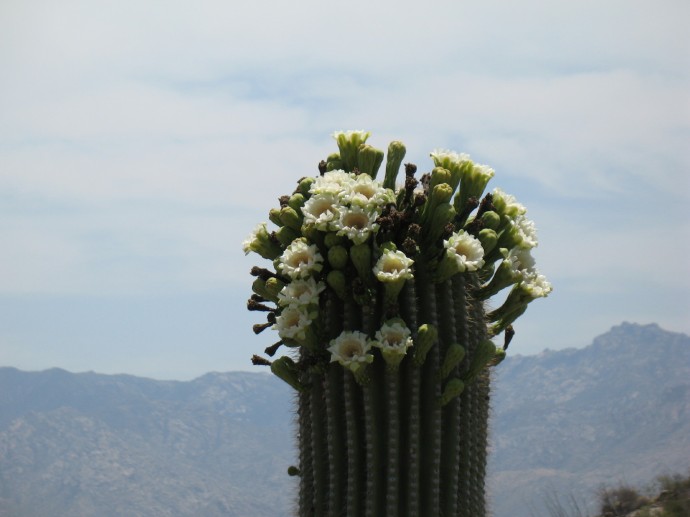