So, Where’s YOUR Special Place for Naturism? #14

When I was a kid, there was always a place found for secret or private activities. It was our own little world. It sometimes was a meeting place, or a clubhouse. We would find this in the blank spaces along the housing development, the highways, or the farming fields. It was usually wooded. Everywhere that I lived, Virginia, on military bases, around Paris and in Michigan, it was very common to find these spots. We could talk freely, we might smoke some illicit smuggled tobacco, camp-out where we could walk to, or just have a place to feel free. They were used as a base for secret naturism, or walk with girlfriends, or drink on weekends, as I got older. Sometimes, there was a creek, or water flowing there, sometimes a ridge with a view, sometimes just a clear spot among trees in a strip of forest.

We can utilize these same spots for sunning, or other naturist experiences. We can find similar in more remote, or more populated areas.  These can be found in someone’s small forest on top of a hill, a wind break, a property boundary, a spot waiting to be developed, or a field lying furrow for a season, or a real-estate investment languishing for years. In the countryside, it can be a creek area that floods, or has too much slope for farming and so is not useful to cultivate. A spot that is used to collect mushrooms, or a wild crop in season, or a stand of Christmas trees, or lumber growing may be a safe harbor. I’ve lived back east, I’ve lived in Europe and I’ve traveled extensively in both, mostly at a young age, in which I was attuned to these kinds of places. Sitting in the back seat of my parent’s car looking out of the window, they are found everywhere. The mischievous teenager watched for these places, too. 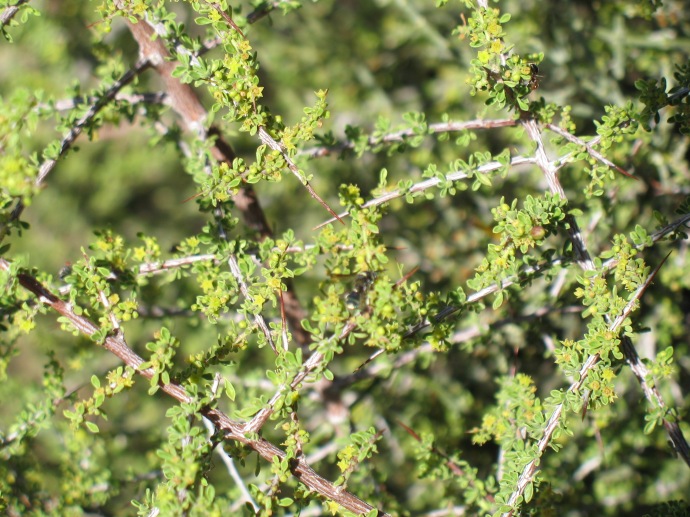 Everything needs its place and sometimes to be hidden. Can you find it?

I’ve worked with homeless populations, and they often maintain a stealth life, living and sheltering in places like these, which scare away the local children. Signs of children must be noted. If they go running home wide eyed telling of the naked guy, the elders get wind of it, and they might take attitude that a predator is stalking the children.

You have to keep one ear out at all times and have a plan in case there are intruders. It is a stealth, or warrior’s way of being. People lived with one ear out in the so called primitive tribal life of the hunter gatherer. It is hardwired into our being, like any deer or rabbit, to watch for dangers. This kind of stuff makes me feel more alive, real and aware of my moment, which is a very healthy state.

You can be nude in all sorts of places, not just wide open ones like I have here in Arizona, and not just in a backyard. I have embraced skills, or craft, to do just that. Wherever animals are living, particularly deer and large animals, surviving man’s encroachment, I know that I can be naked. Where smaller animals survive, then you must be small, like lying down in the tall grass or a flowery meadow to sunbathe.

Subversion is liberation. Fear is good, it keeps us alert, makes us alive, awakens our nature, and liberates us from the boxes that we are tightly kept in. It steals back what has been unduly restricted, within our “nature.” Naked and afraid might ruin the experience to an extent, but naked and cautious, naked and stealth, naked and in the element, naked like a warrior steps, naked and properly alert, naked and in the moment, that’s all natural, healthy and fun.

A kid’s greatest tool to get to these places is the bicycle. When a kid gets a first bike, that kid has reached a whole new level of exploration, and independence. Bikes are quiet, they are still close to surroundings and not insulated like in a car. While pedaling on a bike, one is slower and observant. They stash easily. One can easily roam a ten mile radius on a bike. There is much potential in a twenty mile circle. It can get one to a closer place quickly and with less suspicion than walking, or parking a car. Kids get this, so I find these old kid parts and stop focusing on being so damn grown up. It is important to not forget what I learned growing up. Grown up is an illusion and a trap that must be occasionally shed, like the clothing that represents it.

Then, as a kid, the next liberating range of mobility was getting a motorized vehicle. Now, one can take the bike many more miles, detach it from the car, and place that ten mile radius anywhere.

Also, if you have countryside, you can stealth camp. When the ancients traveled, they had to stealth camp to avoid dangers, bandits, etc. They had to be creative, coy, think ahead, and develop a repertoire of known hunting and gathering campsites. They often left no trace when they left. That’s practical. Anywhere, one can find dangerous territory to conquer when nude, inside oneself and out.

Even if you live in an urban area, kids end up in abandoned places and behind roof parapets. There is naturism on a golf course at night, if done properly. Rattlesnakes aren’t found on golf courses back east and in Europe. They are a very user friendly interface.

I often pre-explore the naturist potential of an area from my living room with Google Maps satellite. Hints of privacy can be listed and later explored. Sometimes nearby features can be seen from overhead that might cause calamity. For example, on the ground one might miss a populated spot on the other side of a ridge. A factory may be busy during the week, leaving the area deserted on the weekend. It is best to known an area well.

All of this is natural behavior to a human being. It is something lost in a modern man’s world. It can be regained. The persona, the adult facade is shed along with the clothing and there is liberation. The attitude of not wanting to act childish is just the facade wanting to cling and to control, a piece of ego afraid of getting lost. This is not reckless and it is not innocent. It certainly does not have to be dangerous, unless you let it.

All of this is free range naturism.