Last week, we were to make a four day trip. We would head downstream Apache Lake from the resort toward the dam on the south side, cross over to a pair of coves, hike, and return on the north side. Toxins in my foot kept me from venturing any further than the couch and a trip on crutches to the forest on Mt. Lemmon. This was with a six year old granddaughter. Hey, laying on a forest floor, sun like warm breath beaming down on my face, that breath exhuming resin flavored scents, as a gentile chillier breeze, a few degrees lower, love slaps in contrast. All along, my heart telling me that a little desert girl is taking her turn, learning the lessons of a forest, and our gifts are passed on as her gift…yea, not so bad.

So, we don’t have the trip report for the four days as planned. I had planned to have a whole roast of wondrous photos along with an adventure of stealth. I’m affixing photos of that area that were taken in 2008, when we visited Apache Lake with friends and their power boat. They can at least give you some notion of this spot on our amazing Earth. After all, that’s the fun and basis of this site, nature. The other part is that it is even more fun, more amazing and more a part of, experienced naked.

On that 2008 trip, our time on the lake was spent textile, sleeping at the resort, day tripping in the boat and playing music each night outside in front of our rooms, half in the parking lot. The photos will give some tour of the majesty. On that trip, we drove home exploring the other route, heading through Tortilla Flat. It’s a nasty road. I’m including this leg of the trip and hey, it happened to be a carnude. There ya go, justified and appropriate to this naturist website.

Well, here’s a look at the area Arizona Highways style. Remote and rugged enough for the free range naturist. There’s no people pictured in these, so just imagine yourself there. These visions are your eyes. Imagine a dab of boat spray, or the window rolled down, looking out, warm air blowing around your body and a dusty cloud floating up behind you on that twisted road, like those old black steam engines used to do with that black smoke.

Remember, clicking the photo makes it more distinct and larger. 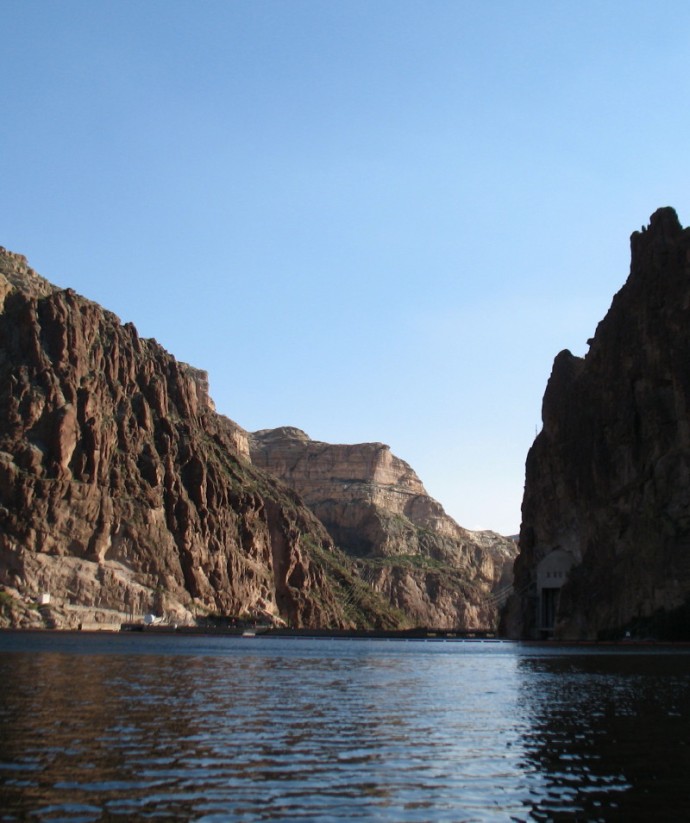 Our friends always went to this paradise during the week and came home on Friday. We shall probably take that advice for more expanded reasons, our naturism. Although the water was not too cold, it is “refreshing” during summer’s swimming temperatures. Paddling with gear has more drag, and it can be a long way between each place to place. I have plans in the works to make a sailing vessel out of the kayak/faltboote, making for a quicker, fun, less effortful transport. So with the right campsites, swimming, floating, kayaking, hiking and sailing for entertainment, we will be back for more nude kayaking adventures as time unfolds.

Always Something to Look Up At 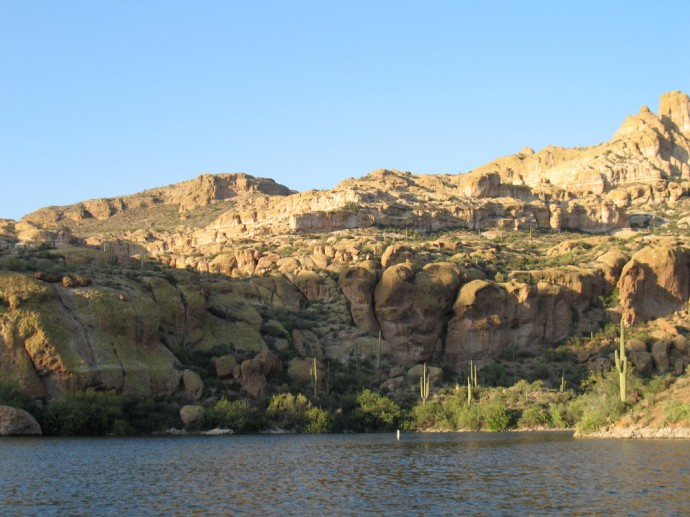 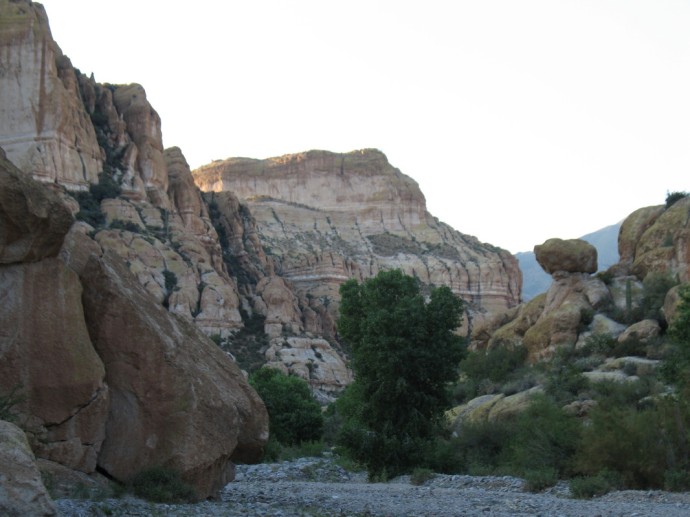 A Canyon to Explore

There is more to this area driving down the river’s stream. There are more lakes. The road is even worse and more hair raising going this other way. People pass each other pretty slow. They often drive tall pickup trucks. It is good to have something at hand to throw over those illegal body parts, even though you may only encounter a handful of others and everyone is focused on not taking a last ride, falling down as many as several hundred feet. In the driver’s seat going uphill, looking out the passenger window, it looked like the truck could be flying. The often narrow dirt road can be slippery, with rock and washboards. Some of the boat trailers seem pretty wide and can fishtail. Here’re some pictures from going out to Tortilla Flats, on the Apache Junction way, in June 2008. 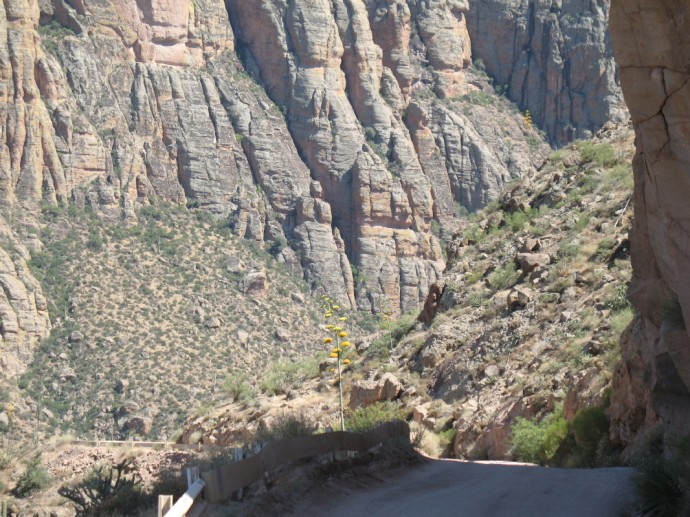 Far Below We See Water

By the way, the Tortilla Flats’ homemade prickley pear ice cream was delicious, even with clothes on.